Karaoke is a fun group activity involving participants singing popular songs over instrumental versions. In recent decades karaoke performers have invested in special equipment designed for karaoke parties or night clubs that devote nights to crowd participation. People don’t necessarily have to be accomplished singers, but sometimes the event can be made more exciting by including competition with prizes.

It usually helps if the karaoke DJ who hosts the event has experience singing popular songs and has practiced his or her routines to motivate people from the audience to sing. Karaoke systems usually come equipped with hundreds of popular songs that are widely loved by night club crowds. The host usually sings a few songs to break the ice then starts looking for members of the audience to sing.

Getting people to sing on a microphone for the first time can be a big challenge. Many people are afraid of singing off-key in public. But karaoke dissolves that fear once people start getting up in front of an audience. One way to find participants is to start by asking if it’s someone’s birthday.

The first way to demystify the art of karaoke is to understand it involves using a machine with simple controls, almost in all scenarios. Karaoke systems have been around since the seventies and come in multiple designs, plus you can create your own DIY system with home equipment. Here are the five primary types of systems commonly used by karaoke hosts:

These main systems require a source for playing music and hearing it through speakers. You also need a screen for viewing lyrics, which are often packaged with the music in karaoke software systems. It’s best to use at least and no more than two microphones.

All-in-one karaoke systems typically have a built-in monitor for displaying lyrics. If the machine doesn’t have a built-in monitor you can hook the system up to a TV monitor, which will display lyrics from karaoke software. Another convenient feature of all-in-one systems is they contain a mixing board that allows for multiple audio inputs. The mixing board is used to control microphone levels and which audio sources go out over the speakers.

If you don’t want to invest in an all-in-one karaoke machine with a factory-installed song library, you can still have fun with karaoke software on either desktop or mobile computers. There is plenty of software to choose from and multiple performance levels from basic to pro. The basic features to learn in the beginning include song management and the ability to schedule songs in a sequence. The system should be flexible enough to make changes in the song and performer line-up as the event goes on.

One of the most useful packages for karaoke professionals is the Kanto Karaoke Software Package. This system includes thousands of sounds and supports various file types including MP3 and MP4. This application allows you to record voice over the music and has tools for audio editing and managing playlists. This software solution is available for both Windows and Mac machines. The free trial version gives you a chance to decide which operating system works best for you.

A digital system with a built-in MP3 music library can save thousands of dollars and is usually a more lightweight solution, making the machine easier to transport. Prior to investing in a system ask yourself which features matter the most to you as far as portability, flexibility, and price.

How to Set up a Karaoke Machine

Setting up a karaoke machine is simple, provided all the wiring is done prior to the event. Some of the most elaborate machines can be rolled to the event on wheels. Usually, all the DJ has to do is turn on the power, get into the software and start setting up songs.

The initial setup of a karaoke system, however, involves a bit more work, particularly if the system uses fiber optic cables to transmit audio. This technology converts digital sound into light waves. These cables are growing in popularity for home entertainment and are easy to set up. Here are ways to ensure these cables function properly:

How to Connect a Karaoke Machine to TV

A karaoke machine can be easily hooked up to a television or VCR, especially if it’s already a TV monitoring system with a built-in microphone. Some people like to add extra speakers to give more of a live performance effect. Speakers can be added to a TV or stereo system. For karaoke systems, it’s best to go for the cleanest sound possible, which involves speakers with feedback reducers or eliminators.

All you need to do is check the color-coded cords and follow standard procedure. It’s standard, for example, that yellow represents the video cable that plugs into the video-in port on the TV and the video-out port on the karaoke machine.

Some people connect the karaoke machine to a VCR so they can record the performance. Just make sure the VCR is properly connected to the TV, which will allow lyrics to appear on the screen. You can connect one end of the yellow cord to the VCR’s video out port and the other to the video-in port on the VCR, along with hooking an audio cable to the unit.

How to Connect a Phone with a Karaoke Machine

There are different ways to connect a mobile phone to a karaoke machine, but the easiest way to import audio is from the device’s headphone jack to the karaoke machine’s input jack. Modern smartphones and laptops have VGA or HDMI outputs. State-of-the-art karaoke machines have connectors for VGA and HDMI cables.

Generally speaking, if you want to use a smartphone to provide an instrumental track, you should use the headphone output on a device to connect a cable to an audio input jack on the karaoke system. You will need either a 1/8 inch stereo cable or a 1/8 inch-to-RCA cable.

How to Do Karaoke Without a Machine

It’s possible to conduct a karaoke party without a special machine. If you have a collection of instrumental tracks you can just let people sing along on a wireless microphone. One way to pull off an event is to simply use karaoke CDs and let people sing words from memory. These CDs can be purchased online through Amazon and other internet retailers.

Using karaoke software on a regular computer is a common method in-home party settings. There are monthly services you can subscribe to if you want an elaborate system with multiple features and a wide library. Apps to check out into RedKaraoke and KaraFun. An even easier way to access karaoke tracks that include lyrics on a screen is on YouTube.

A professional DJ system is adequate for playing karaoke CDs or sound files. Modern DJ systems are digital-based and allow you to import song files into the machine. Another way to go all-digital is to use standard DJ software (PCDJ for Windows and MegaSeg for Mac), which plays back song files in a playlist. This software gives you plenty of tools and capabilities to label and categorizes songs. It will give you the power to set up hours of a continuous playlist, which lets you play background music leading up to karaoke singing.

The most basic DJ systems include a 4-channel mixer with at least two microphone inputs. The mixer feeds an amplifier, which amplifies the sound so that the music can be heard on loudspeakers. This basic setup makes for a good backup system just in case something goes wrong with the main system. Another backup plan is to use a streaming service-connected through Bluetooth, which is becoming a standard feature on many computing devices, including karaoke machines.

The barest minimum setup for a karaoke event can be just a laptop that connects to PA speakers. On the laptop, you can play streaming files if there’s an internet connection or the files already on the computer.

How to Work a Karaoke Machine

Working the karaoke machine is an art and a science. The main points to remember are song management, playlists, and performer schedule. As a host, you need to also bring audio engineering skills to the party. That means you need to have a sense of proper mic level and technique for the mic to capture pleasing sound waves. The best hosts come prepared with a certain setlist of songs they’ve rehearsed and felt good about. Once the performer arrives at the venue and sets up the gear, the following is how he or she should work the machine.

Karaoke machines can bring life to a house party or a nightclub. Many DJs invest in the machines professionally since there is still a high demand for karaoke events both in public and private places. Part of the excitement is singing in public, in which many people fantasize to be like their musical heroes. One of the reasons why it’s such a fun experience is that it allows people to participate in celebrating the songs they love.

Music is one of the most powerful pastimes that unifies people. Getting people to sing along with their favorite songs is a useful way to practice singing in public for those who aspire to be public performers. The beauty of karaoke, though, is that anyone can do it and everyone is invited to do it in typical settings.

How to Make Voice Clear for Singing 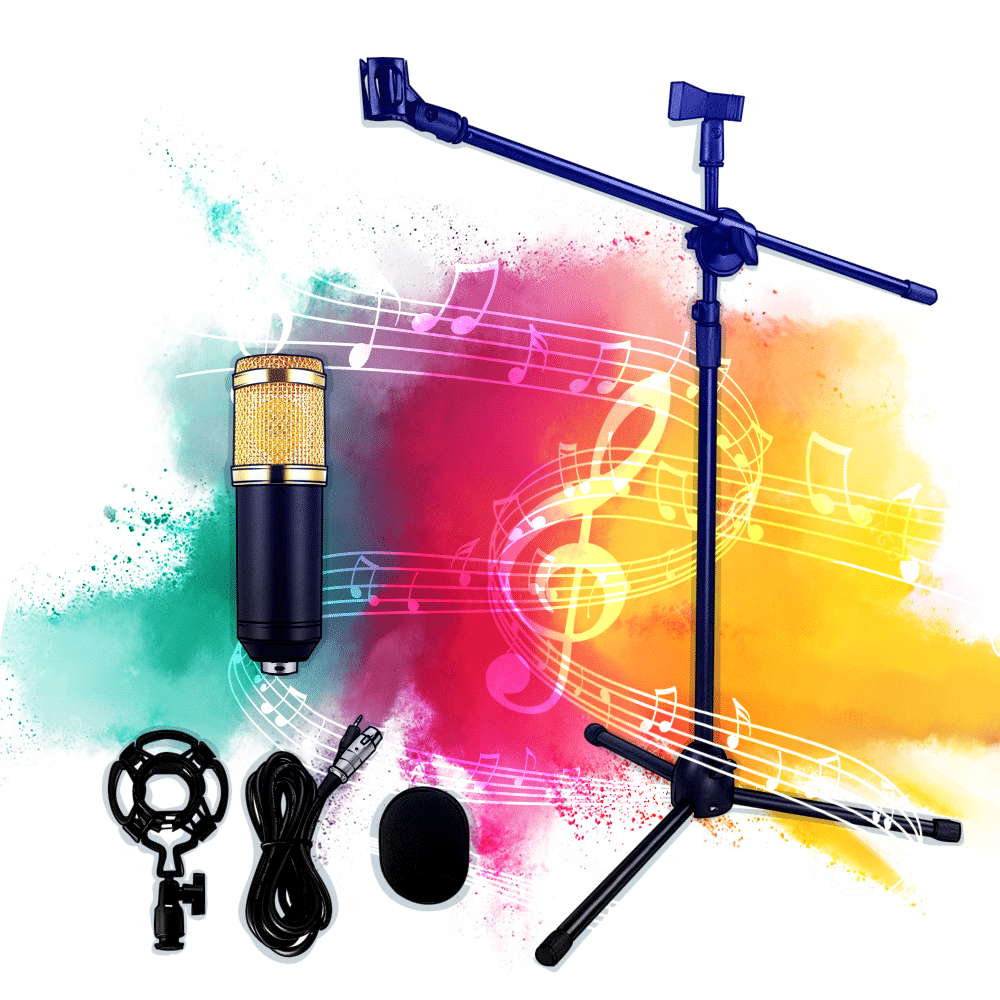 How To Make a Microphone Stand 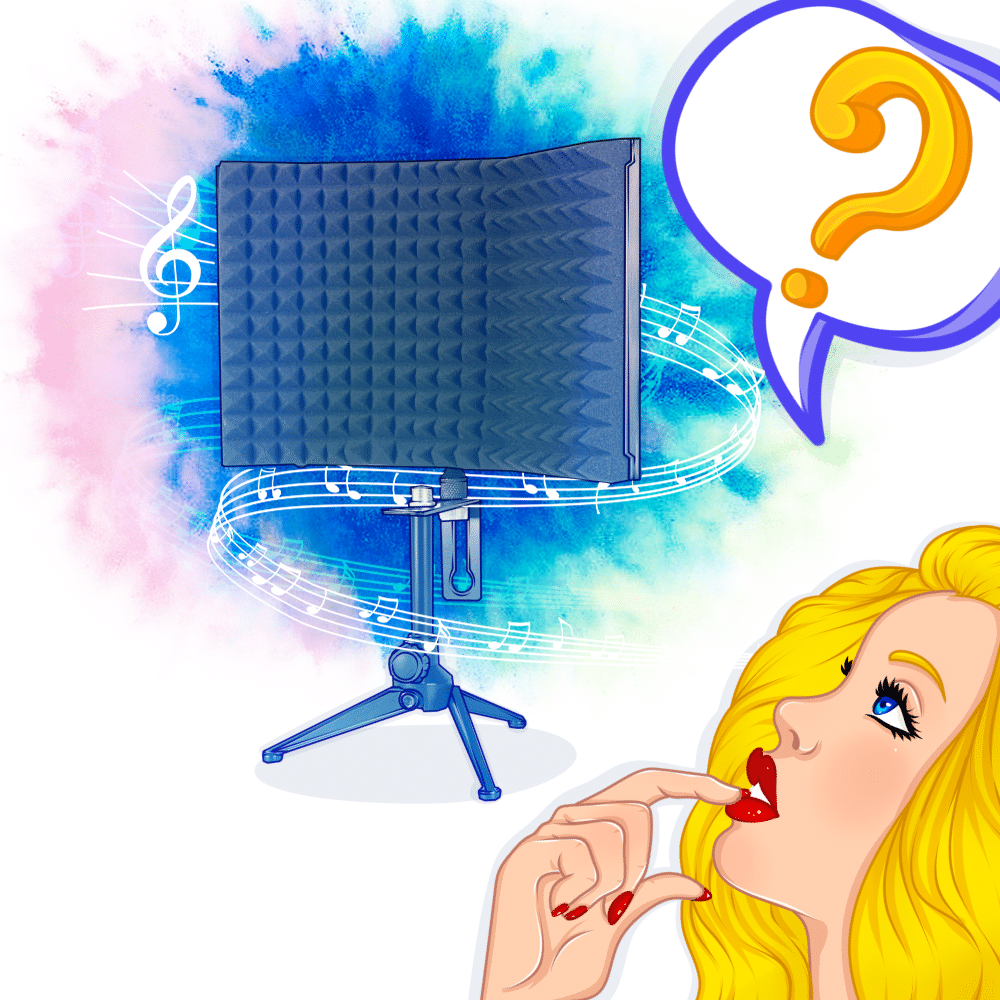 Why Should I Buy a Microphone Isolation Shield 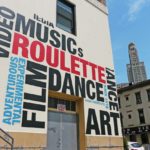 I present a singing workshop exploring diverse styles of vocal music from around the world. I will explore many styles of … END_OF_DOCUMENT_TOKEN_TO_BE_REPLACED 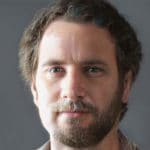 Hi, I’m Donald, Donald Silva. Maybe you are new here, maybe you’ve been before, anyway thanks for joining. … END_OF_DOCUMENT_TOKEN_TO_BE_REPLACED 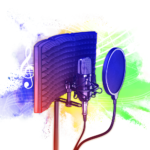 What good are high-quality microphones and … END_OF_DOCUMENT_TOKEN_TO_BE_REPLACED 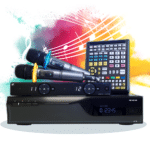 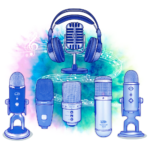